A Model for Community Safety & Accountability

Mayor Jacob Frey’s vision for safety in Minneapolis is clear, focused, and actionable. It bolsters demonstrated work underway and accelerates a push for new programs that will usher in the unprecedented change so deeply needed in communities across the city.
Read the Mayor's community safety plan

The Mayor and Chief implemented an updated body camera policy in April 2018 for police officers, which includes discipline for failure to comply. Following implementation, we have seen a significant increase in compliance, moving from 55 percent to over 90 percent compliance at the end of March 2019.

Transparency, however, does not stop with body cameras. It extends to our practice of providing data and information to the public on a consistent basis. In that vein, data from 2008 to present is available online. 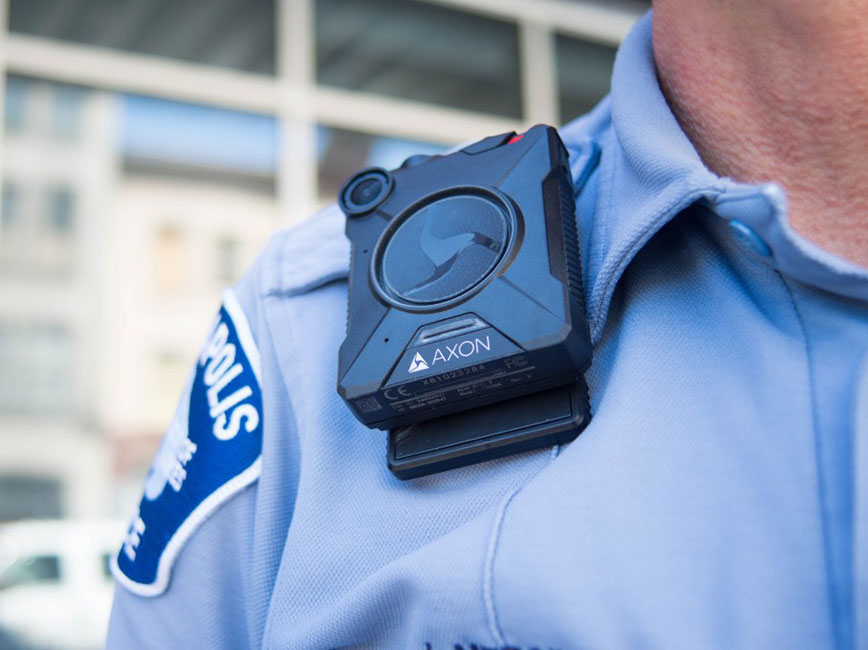 Shortly after the Minnesota Attorney General and State leadership issued for local law enforcement to incorporate in sexual assault investigations, Mayor Frey and Chief Arradondo swiftly and fundamentally reshaped MPD policy. The mayor and chief issued a new policy in 2019 that incorporates a victim-centered and trauma-informed approach to the department’s response and investigations of sexual assault. The new guidance prioritizes the safety, privacy and well-being of the victim and aims to create a supportive environment in which victims’ rights are respected.

The policy incorporates the perspectives of detectives, the County Attorney’s office and community advocacy groups and includes protections for individuals reporting sexual assault from minor charges, such as underage drinking and prostitution. It also allows for acceptance of sexual assault reports from other jurisdictions and spells out the importance of investigators maintaining regular contact with the victim regarding the process of the investigation so that the victim does not believe it is futile or demeaning to file a report. The policy employs trauma-informed interview techniques such as prioritizing conducting interviews in person, recognizing that victims of trauma may have difficulty remembering incidents in a linear fashion, and allowing the victim to share details at their own pace.

The mayor believes that public safety and improving police accountability are mutually dependent goals. That’s why in the second year of his administration, he issued a first-in-the-nation ban on “warrior style” training for officers both on and off duty. Warrior style, fear-based training teaches law enforcement to approach members of the public as threats and runs counter to the mayor and chief’s vision for the department and policing.

Use of Force Overhaul

In August 2020, Mayor Frey and Chief Arradondo announced an overhaul of MPD’s use of force policy to make it as stringent as possible under state law. The new policy requires that officers use the lowest level of force needed to safely engage a subject and that officers first consider all reasonable alternatives before using deadly force.

The changes also include revisions to what constitutes the use of force to include the threat of force and prohibiting behavior that incites or escalates a situation. Also included was a ban on shooting at moving vehicles (with limited exceptions). Additional policy changes will be taking place.

In June 2020, Mayor Frey and Chief Arradondo announced new policies tightening rules for officer body worn cameras. The new policies prevent Minneapolis officers involved in critical incidents – including the use of deadly force – from reviewing body camera footage prior to completing an initial police report for the critical incident.

The updated policies are designed to better capture officers’ perceptions and factors believed to exist at the time an officer acted. The policies also provide clearer direction to supervisors regarding immediate on-scene communications, remove past barriers on such communications, and clarify time requirements for reporting.

In July 2020, Mayor Frey and Chief Arradondo moved forward with changes to the MPD's force reporting requirement that place a stronger emphasis on de-escalation. The new policy expands the scope for force reporting requirements across the board. It also mandates more detail and specifics in how officers report force used. For the first time in the department's history, the new policy requires documentations of attempts to de-escalate in all police reports, even in those where force was not used.

In the fall of 2020 Mayor Frey and Chief Arradondo marked another first for the department, issuing an official policy governing the use of unannounced or “no-knock” warrants in the city of Minneapolis. Under the new policy, MPD officers will be required to announce their presence and purpose prior to entry, outside of exigent circumstances like a hostage situation. The new policy adds transparency and shared expectations for community and codifies best practices in the department’s Special Weapons and Tactics (SWAT) Unit.

Working alongside Chief Arradondo, the Mayor aims to change both narrative and practice in the Police Department – affirming the Chief’s core principles of trust, accountability, and professional service at the center of every engagement.

The Mayor has led new initiatives and adopted approaches to reducing violent crime and increasing safety by relying on a public health lens. These initiatives are driven by the Office of Violence Prevention and depend on work across sectors with the goal of immediate, positive impact on public safety, and provide interventions to interrupt patterns of violence of harmful behavior in the community.

The Group Violence Intervention (GVI) initiative provides intervention for men who have been identified by frontline law enforcement as part of violent street groups in Minneapolis. Participants hear a clear message from law enforcement, social service providers, and community leaders. The core message is that the violence must stop, that law enforcement is doing things differently, and that law enforcement and the community want participants and their friends and associates safe, alive, and free (out of prison). The GVI three-prong approach involves law enforcement, service providers, and community members. It's modeled after National Networks for Safe Communities at John Jay College of Criminal Justice. The pilot launched in 2017, with group-member involved non-fatal shootings for the period observed dropped 55 percent compared to the same period in 2016. Through his proposed budgets, the Mayor has secured funding to expand GVI to more Minneapolis neighborhoods.

Next Step is a hospital-based violence intervention program that focuses on youth and young adults, age 12 - 28, who are victims of violent assault (gunshot, stabbing, etc.) and being treated at HCMC or North Memorial hospitals. The program goal is to reduce the rate of violent re-injury and re-hospitalization for youth and young adults, and provide supportive, positive development and holistic healing for victims and families affected by violence by interrupting the cycle of recurrent violence. Next Step has served over 150 participants since launching in 2016.

The Mayor and Council allocated $2.5 million of ongoing funding to the Office of Violence Prevention to fund the MinneapolUS Strategic Outreach Initiative.

Through the initiative, trusted community members work as outreach workers on neighborhood-specific teams. They detect potentially violent events and use informal mediation, non-physical conflict resolution, and interruption expertise to de-escalate situations before they become violent. They also work to change community norms, mobilizing entire communities to reject violence and healing neighborhoods through activities like awareness building, community gatherings and peace walks. And, they connect people to jobs, housing, mental health and chemical dependency services, and other resources and supports. By identifying and interrupting conflicts and working to promote community healing, the initiative is intended to break the “contagious” aspects of violence.

This approach is rooted in the power of our local communities. At the same time, it draws from evidence-based strategies like Cure Violence, which has been effectively implemented across the globe. In other cities where Cure Violence has been implemented, studies show strong results.

Mayor Frey insists that our homeless and vulnerable populations should be treated with compassion and a recognition for the dignity of every human being. Chief Arradondo agrees and created The Homeless and Vulnerable Population Initiative in 2018, which incorporates this mindset, and is another part of the Mayor and Chief's shared commitment to procedural justice. MPD now has a sergeant working on a full-time basis with members of our homeless community to better understand their situations and connect people with social service organizations. 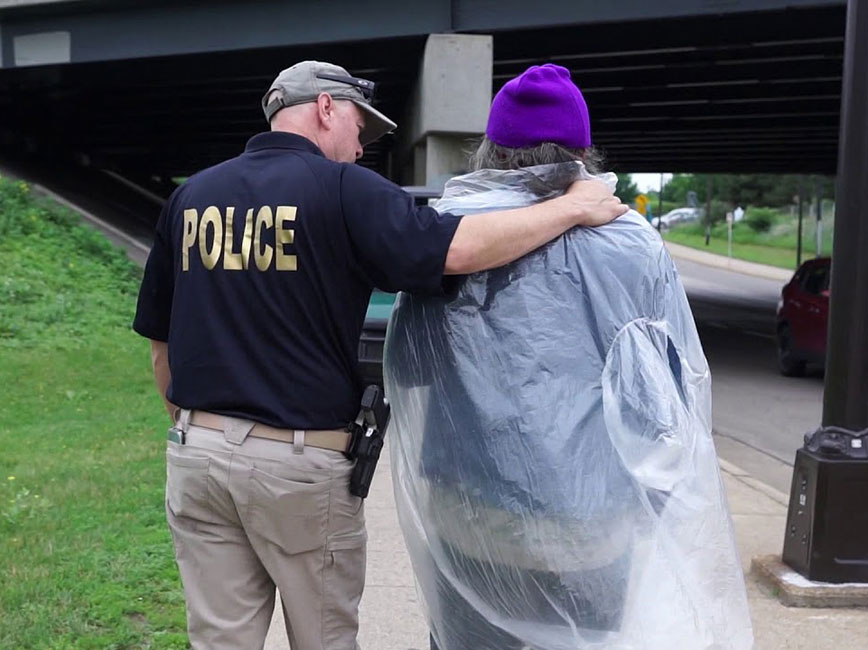 For the first time in department history, at the request of Chief Arradondo, Mayor Frey committed funding for 2019 to develop a health and wellness program for officers. Positive police-community relations cannot be achieved if our officers, who experience daily trauma, cannot get the care they need and deserve.

The health and wellness program will be the first of its kind and provide officers supportive resources to cope with the invisible challenges of their work.

In 2015, the Department of Justice selected Minneapolis as one of six cities to participate in the National Initiative for Building Community Trust and Justice. Using evidence-based research, the program uses strategies to ensure that justice is part of every interaction. Procedural Justice is based on four principles:

Chief Arradondo has structured both policy and leadership so that procedural justice is included in everything we do.

Minneapolis police officers now also complete several mandatory and ongoing trainings. Trainings ranging from implicit bias, to de-escalation, to crisis intervention, are now part of the required curriculum, and are necessary in giving officers the tools they need to succeed. Given the opioid epidemic, all responding officers are additionally now trained in opioid response and equipped with naloxone – the anti-overdose medication.

Enhancing police community relations does not end with training. To improve outreach and engagement, we have instituted Community Navigators and the Community Engagement Team to work directly with residents of Minneapolis to create and maintain more personable relationships.

Connect with the Mayor

Need help? We're here for you.

Ask 311 about City services or report non-emergency issues. You can access 311 in many ways, including:

Email us Call us